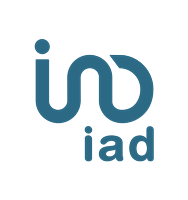 This property is no longer available on our sites

The Villa that I will describe in all its parts, is a nineteenth-century villa built at the behest of Baron La Lomia of Agrigento deputy consul of France and consular agent of France and Spain, as a summer residence of holiday, to bring you his wife and seven children.
Given his distant kinship and friendship with Pirandello, he often came in the afternoon to take tea in the second-floor terrace with the baron and artists and diplomats of the time, from whom one could enjoy an extraordinary view of the Agricultural coast.
The villa was the destination of famous figures such as Herr Hardcastle and diplomats from several nations visiting the city of temples, who admired its rich and wild nature.
The property being sold is located in the municipality of Agrigento, exactly in one of the hamlets of the municipality of Agrigento or Villaseta, hinge between the capital city (Agrigento) and its port, (Porto Empedocle) with which it constitutes a single urban area.
It has three levels above ground, and a basement level. Access to the villa is through a gate, past which you enter in a large forecourt in front of the main prospectus. It is possible to access the interior of the villa from the three entrances that it owns. The first access, that is, the main one, is located in the north prospectus, which overlooks the Via Fosse Ardeatine, in this case both the prospectus and the main entrance door differ from the others for the refined decorations present, in fact it is conceivable that during the project phase, we focused a lot on the elements that characterize them (bifora-portal arch-attic attic- cornices. The remaining entrances are located on the south side (near the well and water reserve) and to the east.
Accessing from one of these three entrances, you find yourself on the ground floor, this floor consists of three rooms, one of which allows us to descend via a trapdoor to the basement which is assumed to have been a cellar, from it is also reachable another environment constituting the stables, in addition to the three rooms mentioned, this floor is characterized by a large room adorned with arches all sixth of considerable thickness , which together with the supporting walls are tasked with supporting the weight of the part of the building above, for this reason they have a larger wall section than the rest of the upper wall walls.
On the first floor you can access it via a staircase located in one of the three rooms on the ground floor, where there is also the secondary entrance arranged to the east. At the top of the staircase is a port over the top of the staircase, which is accessed on the first floor, consisting of eleven different environments in size, function and treatment of surfaces.
The two rooms in the central part of the building appear to have been treated differently than the others, in this case there are murals on all four walls including the ceiling. It is conceivable that these rooms were used as a living room and reading area. From the living room you can access the semi-open terrace, instead the reading room has a small balcony overlooking the outdoor forecourt, in addition to these there are three bedrooms, a dining room with kitchen, a disengagement, a sanitary service larger than the second service and to conclude a small closet.
In the kitchen there is also the staircase that leads us to the second and last floor, which is essentially composed of three spaces, including a room where there is an ancient wood-ed kitchen, given its considerable size it is conceivable that it has also been used as a dining room, a living room from which access to a second terrace located above the terrace of the first floor , in this case you can enjoy a wider panorama, it is here that the Baron used to take tea with some diplomats of the time, and finally a small environment, which can be understood as a storage room. The remaining rooms are attic can be accessed through small wooden doors, from which you can observe the roofing structures with main wooden beams, wooden table and Sicilian coppi.
It should be noted that all the rooms of the villa are sufficiently illuminated by windows and in some cases doors-windows of considerable size, which externally in the elevations all follow the pivotal principle of the structure or symmetry, in fact they are all strictly aligned, in some cases where it was not possible to make openings, niches have been created that take the form to not interrupt the rhythm created in the prospects…

This property is not available for sale on our sites now

In your space, save your alerts and favorites, and find the ideal house in more than 56 different countries.
Connect
Create an account
‹ › ×

Green-Acres reminds that the use of the form by professionals for the purposes of non-sollicited direct marketing (spam) is prohibited. In accordance with legal obligations, Realist records your internet address (3.238.104.143) and reserves the right to sue in the case of fraudulent use.