Cascina Medici del Vascello in the province of Cremona – 774

This property is no longer available on our sites


Cascina Medici del Vascello, in the province of Cremona, surrounded by greenery and located within a larger park. The property, once an integral part of the Fortress of Villa Medici del Vascello, of which it constituted the church and the greenhouse, was later transformed into a private residence. The house, with a total interior area of about 2,500 square meters, built on a prized lot of 15,000 square meters, is located on several levels and has recently been renovated, so as to restore the building to its former glory while maintaining all its distinctive features, such as, sometimes barrel ceilings, exposed wooden beams, terracotta floors and original stone walls of the time. The property is full of passages, halls and corridors consistent with the local architectural tradition.

The complex is immersed and part of the 105,000 sqm park belonging to the fifteenth-century Rock of Villa Medici del Vascello. Within this wider area are a lake, high-quality plant essences, and historic buildings. The relevant garden the Cascina, of one and a half hectare, develops both on the front and the back of the structure, creating romantic and natural backdrops. The Villa comes from a fortress erected at the beginning of the fifteenth century, at the will of Carlino Fondulo (1407), Lord of Cremona. The original need was to ensure control over the Lower Cremonese Province, in a crossroads place between the roads leading to Parma, Mantua, Brescia and Cremona. In the second half of the fifteenth century, after the move to the Duchy of Milan, the defensive vocation is lost and the process of transformation begins that will lead the Rocca to transform into Villa. This happens during the period when the villa, was home to Cecilia Gallerani, the woman portrayed in Leonardo da Vinci’s famous painting “Dama with the ermine”.Considering the value of the location, the complex can lend itself to different destinations of use and open up to several high-profile solutions, such as, spa and wellness hotel tourism. 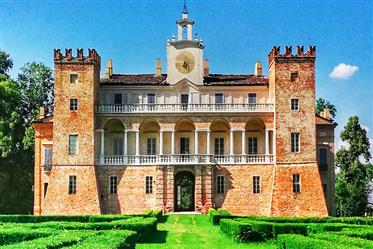 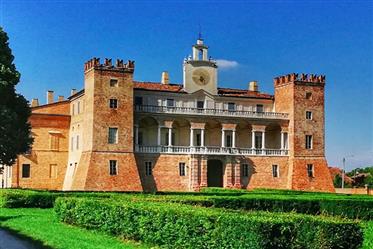 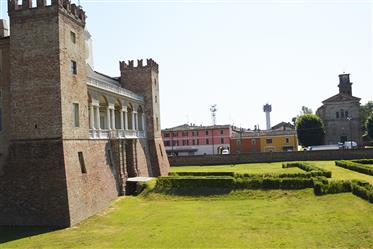 This property is near Cremona, in Cremona (region Lombardy).

To remember your favourites, connect:
Connect
Create an account
‹ › ×

Green-Acres reminds that the use of the form by professionals for the purposes of non-sollicited direct marketing (spam) is prohibited. In accordance with legal obligations, Realist records your internet address (34.228.229.51) and reserves the right to sue in the case of fraudulent use.