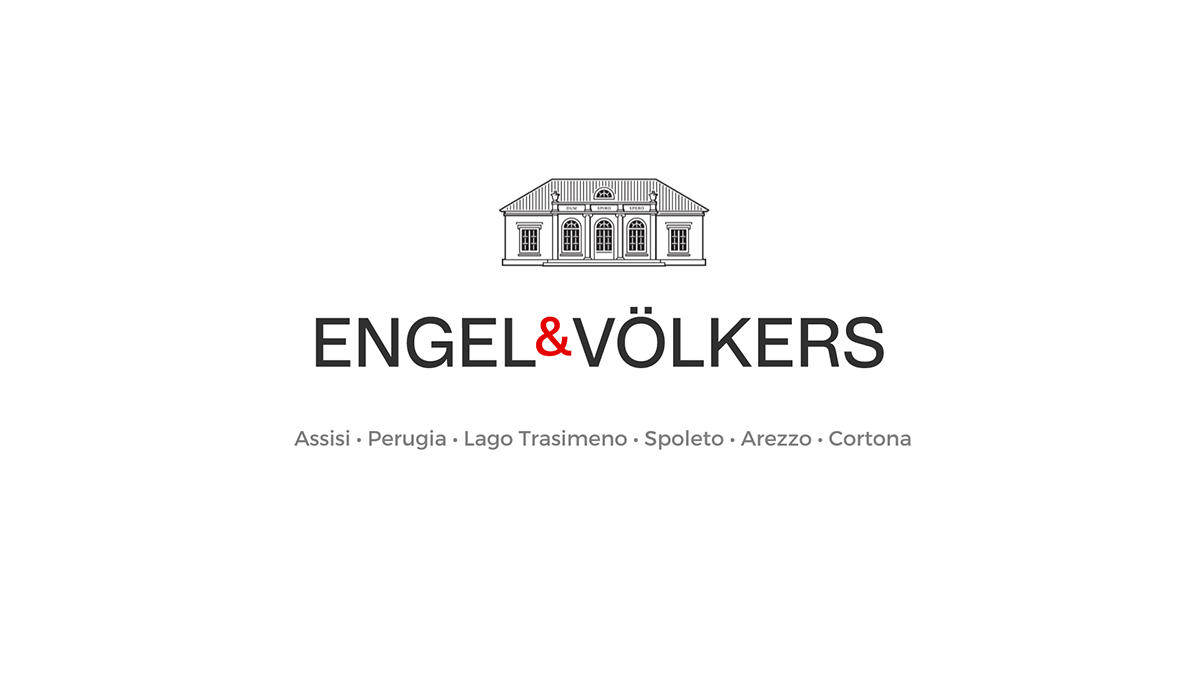 In Solomeo, one of the most evocative villages in Umbria, we offer a beautiful stone farmhouse of about 600 square meters, dating back to 1670, completely and finely restored in the 2000s.
The property is spread over two levels and is currently divided into two independent housing units.
On the ground floor there are two very large living rooms, one of which with a beautiful fireplace, a spacious kitchen bordering a dining room, also with a fireplace and another room to be used as needed and finally a bathroom.
On the second floor there are two double bedrooms, one with a bathroom, a small kitchen and a bathroom.
In the second apartment there are two double bedrooms, a bathroom and a living room with a large fireplace, a kitchenette.
Next to the farmhouse there is a building of 350 square meters where there is currently a two-room apartment with fireplace, a large warehouse, a tool shed and two large garages with automated opening.
The property includes 1 hectare of land, of which a part is buildable.

The village, of Etruscan origin, already in Roman times, united Perugia with Castiglione del Lago and Chiusi.
Today it still boasts some architectural excellences, such as San Bartolomeo, in Piazza della Pace, right in the center of the village, inside which you can admire a painting by the Perugino school and some paintings attributed to Appiani. Or the imposing Castle of Monte Frondoso, a medieval building now transformed into a luxury residence.
And then, more recent buildings, such as the theater, built on the ruins of the ancient castle, with a classical structure and with an amphitheater, a gymnasium and a nymphaeum which, together, form the so-called Forum of the Arts. The cellar, a beautiful complex that dominates the vineyards that descend to the valley where the agricultural fields are counterpointed by fruit trees recognizable by the huge statue of Bacchus placed at the entrance.
And, finally, the modern structure entitled "Tribute to the Dignity of Man", a travertine monument 24 meters long and five high, with five arches above which the inscription in bronze letters and the names of the five continents are shown.

Photos See all the photos 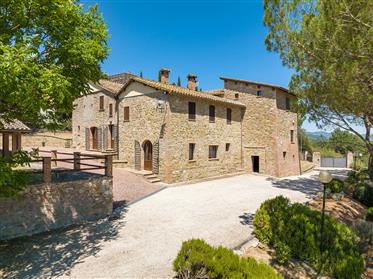 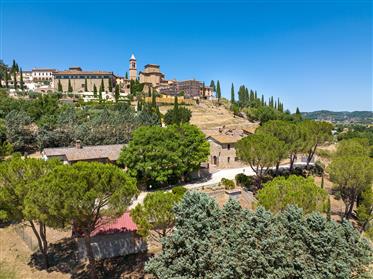 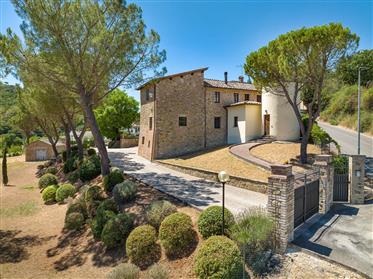 This property is near Corciano, in Perugia (region Umbria).


Advice on buying a property in Italy : click to see our Italy buying guide.

Find Green-Acres
in the Play Store !

Find Green-Acres
in the App Store !

In your space, save your alerts and favorites, and find the ideal house in more than 56 different countries.
Connect
Create an account
‹ › ×

Once you have filled out the request form, click on 'Send'. Then:

Green-Acres.com does not make any other use of the information supplied other than indicated above. Note, we do not pass your email address to any third parties other than the sellers concerned.

You benefit from a right to access, to modify, to rectify and to delete you personal data (Law of 6 January 1978 relative to IT services, to files and to liberties. To exercise them, address the: Realist - 100 boulevard du Montparnasse - 75014 Paris

The form will already be filled out in the future to make it easier to use. To delete the pre-fill facility:

Green-Acres reminds that the use of the form by professionals for the purposes of non-sollicited direct marketing (spam) is prohibited. In accordance with legal obligations, Realist records your internet address (3.229.117.123) and reserves the right to sue in the case of fraudulent use.

Request the translation of this advert

Send this page to a friend

Your email has been sent

Thank you for your interest in our services.

Some listings are available in several languages. Choose the display languages on these pages to your order of preference by moving them.

Languages in order of preference